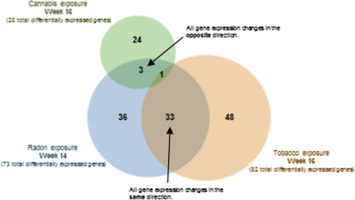 Comparison between common performance-based tests and self-reports of physical function in People with Multiple Sclerosis: Does Sex or Gender Matter?

To estimate the extent to which sex/gender differences affect the relationships between tests of physical performance and self-reports about function in everyday life activities. Ecological validity is an important psychometric property when choosing tests of physical function, as they need to relate to everyday function. In Multiple Sclerosis (MS), the EQUI scale, modified Canadian Aerobic Fitness Test, grip strength, vertical jump, push-up, partial curl-up, gait speed (comfortable/fast), six-minute walk test, and nine-hole peg test are commonly used but the extent to which they relate to everyday function is understudied and the extent to which ecological validity of these tests differ between women and men is unknown.

A cross-sectional analysis was conducted on a random sample of men and women recruited for a study on the life-impact of MS. Correlations between pairs of performance tests of physical function (PerfO) and self-report items (SRO) pairs of variables with theoretical coherence were calculated and gender effects identified using linear regression.

Participants were recruited from MS clinic at Montreal Neurological Hospital.

The sample comprised of140 women and 48 men with MS

The mean age of the participants was 43 (SD:10). Sixty PerfO and SRO items yielded 165 theoretically linked pairs separately for women and men. Of these 330 possible pairs, 77 pairs (23%) had correlations ≥0.8, showing strong support for the link between performance tests and everyday function; 203 pairs provided moderate support (r≥0.5). Thirty-one pairs had a statistically significant interaction with gender with men having higher correlations than women (n=27/31).

The results support the ecological validity for physical performance tests, particularly balance tests and particularly for men. The observation that many indicators of everyday function derived from SROs were related to physical performance supports the routine use of SROs in clinical practice to guide therapy to meet the needs of clients with MS.

Ritualized greetings, defined as exchanges of non-aggressive signals, are common among males living in multi-male groups and are thought to balance the trade-offs of male co-residence. While ritualized greetings are widespread in the animal kingdom, the behavioral repertoire described in the genus Papio is exceptional, as it involves potentially harmful behaviors such as genital fondling. Although greetings are one of the most striking male social interactions in baboons, their function is still disputed. We investigated the function of male–male ritualized greeting behavior in wild Guinea baboons. This species lives in multilevel societies where several 'units' comprising a primary male, females with young, and occasionally a secondary male form a 'party', and two to three parties form a gang. Adult males maintain affiliative relationships with preferred male partners whom they support in coalitions, regardless of kinship. We examined the social behavior of 24 adolescent and adult males (∼900 h focal observations) in the Niokolo-Koba National Park, Senegal, to test whether greetings reflect relationship quality or function to buffer tension. Greetings were ten times more frequent than aggression and twice as frequent as affiliation. Neither dyadic aggression nor tense context predicted greeting rate, discounting the buffering hypothesis. Greetings occurred almost exclusively between males of the same party, even when other parties were around. Within parties, spatially tolerant partners greeted more frequently but dyads did not greet due to proximity prior to the greeting. Although affiliation did not predict overall greeting rate, intense and potentially costly greetings were more likely between males with stronger affiliative relationships. Greetings in Guinea baboons appear to signal commitment among party members, test relationships among spatially tolerant partners, and accentuate relationship strength among highly affiliated males. Although ritualized baboon greetings lack the symbolic component of human rituals, they appear to serve similar functions, specifically to strengthen in-group affiliation and promote cooperation.

When, how, and following which paths hominins created the innovations that allowed them to colonize regions of the planet that were not suited to their thermal physiology is still a matter of inquiry. In this paper, we elaborate a theoretical framework to investigate the origin and diversification of bone needles, summarize the evidence for their emergence, create a large database of their morphometric and stylistic characters, and present results of the study of an exceptionally well-preserved collection of needles from Shuidonggou Locality 12 (SDG12), a site located in the Ningxia Hui Autonomous Region, Northern China, dated to ca. 11.2 ka BP. Bone needles are reported from 271 sites and 355 archaeological layers. Revision of the evidence shows they represent an original cultural innovation that emerged in Eurasia between 45–40 ka BP. Size differences between the earliest known specimens, found in Siberia and China, indicate needles may have been invented independently in these two regions. Needles from Eastern Europe may represent either an independent invention or a geographic extension of earlier Siberian and Caucasian sewing traditions. In Western Europe, needles appear during the Solutrean. The wider size range characteristic of Magdalenian specimens supports the idea that needles of different sizes were used in a variety of tasks. In China, the robust sub-circular needles found at sites dated between 35–25 ka BP are followed, between 26–23 ka BP, by small flat needles, which may represent an innovation associated with the microblades/microcores toolkit. At SDG12, technological, functional, and morphometric analyses of finished needles and manufacturing by-products identify two previously undetected reduction sequences for the production of needles of different size and, probably, function. The bone needles found at Paleoindian sites are the smallest and reflect a never previously achieved mastery in the production of such tools.

Retrospective and perspective of rice breeding in China

Source: Journal of Genetics and Genomics

Breeding is the art and science of selecting and changing crop traits for the benefit of human beings. For several decades, tremendous efforts have been made by Chinese scientists in rice breeding in improving grain yield, nutrition quality, and environmental performance, achieving substantial progresses for global food security. Several generations of crop breeding technologies have been developed, for example, selection of better performance in the field among variants (conventional breeding), application of molecular markers for precise selection (molecular marker assisted breeding), and development of molecular design (molecular breeding by rational design). In this review, we briefly summarize the advances in conventional breeding, functional genomics for genes and networks in rice that regulate important agronomic traits, and molecular breeding in China with focuses on high yield, good quality, stress tolerance, and high nutrient-use efficiency. These findings have paved a new avenue for rational design of crops to develop ideal varieties with super performance and productivity.

The Journal of Physiology, Volume 0, Issue ja, -Not available-.