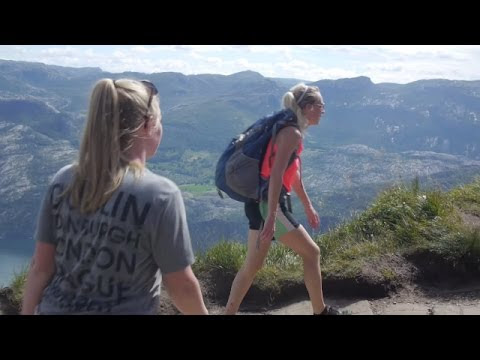 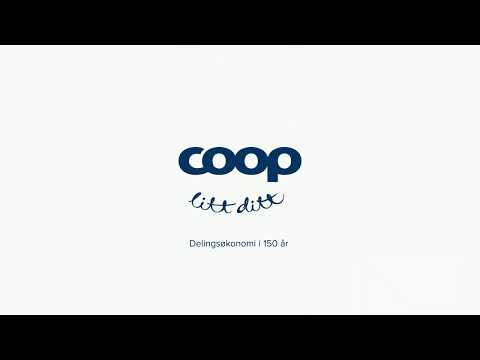 On Denny-Brown’s ‘spastic dystonia’ - what is it and what causes it?

There has been considerable debate in the scientific literature in recent years regarding the proper definition of spasticity (Biering-Sorensen et al. 2006; Burridge et al. 2005; Gracies 2005a, 2005b; Lorentzen et al. 2010; Malhotra et al. 2008; Pandyan et al. 2005; Sheean 2002). Much of this debate stems from documented differences in the understanding of which clinical signs define spasticity as well as a presumed variability in the clinical use of the term (Pandyan et al.2005a; 2005b). Without a clear consensus of what we understand by ́spasticitý there is a risk that research in the field remains confused and potentially leads to misunderstandings and wrong treatment decisions in the clinic.

Impact of rehabilitation intensity on mortality risk after stroke

Publication date: Available online 3 November 2017
Source:Archives of Physical Medicine and Rehabilitation
Author(s): Cheng-Yang Hsieh, Hsiu-Chen Huang, Darren Philbert Wu, Chung-Yi Li, Meng-Jun Chiu, Sheng-Feng Sung
ObjectiveTo determine the relationship between rehabilitation intensity and post-stroke mortality.DesignRetrospective cohort study.Setting: Nationwide claims data.ParticipantsFrom Taiwan's National Health Insurance claims databases, a total of 6737 patients (mean age 66.9 years; 40.3% women) hospitalized between 2001 and 2013 for a first-ever stroke who had mild to moderate stroke and survived the first 90 days of stroke were enrolled.InterventionThe intensity of rehabilitation therapy within 90 days after stroke was categorized into low, medium, or high based on the tertile distribution of the amount of rehabilitation sessions.Main Outcome MeasuresLong-term all-cause mortality. The Cox proportional hazard models with Bonferroni correction were used to assess the association between rehabilitation intensity and mortality, adjusting for age, comorbidities, stroke severity, and other covariates.ResultsPatients in the high-intensity group were younger but had a higher burden of comorbidities and greater stroke severity. During follow-up, the high-intensity group was associated with a significantly lower adjusted risk (hazard ratio [HR] 0.73, 95% confidence interval [CI] 0.63–0.84) of mortality compared with the low-intensity group, whereas the medium-intensity group carried a similar risk of mortality (HR 0.94, 95% CI 0.84–1.06) to the low-intensity group. This association was not modified by stroke severity.ConclusionsAmong stroke patients with mild to moderate severity, high-intensity rehabilitation therapy within the first 90 days was associated with a lower mortality risk compared to low-intensity therapy. Efforts to promote high-intensity rehabilitation therapy for this group of stroke patients should be encouraged.

Dual-Task of Fine Motor skill and Problem-Solving in Individuals with Multiple Sclerosis: A pilot study

Publication date: Available online 3 November 2017
Source:Archives of Physical Medicine and Rehabilitation
Author(s): Y. Goverover, B.M. Sandroff, J. DeLuca
ObjectiveTo examine and compare dual-task performance in patients with Multiple Sclerosis (MS) and healthy controls (HC) using mathematical problem-solving questions that included an everyday competence component while performing an upper extremity fine motor task. Additionally, it examined whether difficulties in dual-task performance are associated with problems in performing an everyday internet task.DesignPilot study, mixed-design with both a within and between subjects' factorParticipantsand Setting: Participants included 19 persons with MS and 19 HC who were recruited from a nonprofit rehabilitation research institution and from the community.InterventionsNot applicableOutcomesParticipant were presented with two testing conditions—solving mathematical everyday problems or placing bolts into divots (single-task condition) vs. solving problems while putting bolts into divots (dual-task condition). Additionally, participants were required to perform a test of everyday Internet competence.ResultsAs expected, dual-task performance was significantly worse than either of the single-task tasks (i.e., number of bolts into divots or correct answers, and time to answer the questions). Cognitive but not motor dual-task cost was associated with worse performance in activities of everyday internet task.ConclusionsCognitive dual-task cost is significantly associated with worse performance of everyday technology. This was not observed in the motor dual-task cost. The implications of dual-task costs on everyday activity are discussed.

Publication date: Available online 3 November 2017
Source:Journal of Environmental Radioactivity
Author(s): N.N. Tereshchenko, S.B. Gulin, V. Yu Proskurnin
Distribution of 239,240Pu in abiotic components (water and bottom sediment) of the Black Sea ecosystems was studied during the post-Chernobyl period at different offshore and near-shore locations. The trends of these radionuclides accumulation by sediments were analyzed. The spatial-temporal changes in the 239,240Pu distribution as well as effective half-life for these radionuclides in the Black Sea surface water in deep-sea area are presented. The estimations of the average annual removal fluxes of the 239,240Pu into the bottom sediments were obtained. The Black Sea sediments were characterized by a higher 239,240Pu concentration factor (Cf ≈ n·104–n·106) and radiocapacity factor (F(239,240Pu) was about 99.9% on the shelf, 94.5–99.1% on deep-sea basin for silty and 94.6–98.9% on the shelf for sandy bottom sediments) as compared with Cf and F for 137Cs and 90Sr. Silty bottom sediments play the role of 239,240Pu main depot in the Black Sea ecosystem. The studied radioecological characteristics of Pu allowed us to define the type of plutonium biogeochemical behavior in the Black Sea as a pedotropic one. The results of this complex radioecological monitoring of 239+240Pu contamination in the Black Sea and their analysis makes it possible to understand the plutonium redistribution pathways which will enable to carry out the tracing of its migration within the ecosystems.

Emerging evidence suggested that miRNAs can function as oncogenes or tumor suppressors by regulating downstream target genes. miR-324-3p has been reported to function in several carcinomas, but its role in gastric cancer (GC) is still unknown. This study aims to explore the effects of miR-324-3p on the development of GC.

Expression of miR-324-3p was examined in GC cells and tissues by qRT-PCR. Effects of miR-324-3p on GC cells were evaluated by cell vitality assay, colony formation assay, cell migration assay, and flow cytometric assay. The dual luciferase assay was used to verify whether miR-324-3p could interact with the potential target genes. Western blot was used to assess the expression level of Smad4 and beta-catenin. Intracellular ATP level was also examined. The tumor xenografts were established using nude mice. A gastric organoid model was made from fresh stomach tissue.

The results suggested that miR-324-3p promoted GC through activating the Smad4-mediated Wnt/beta-catenin signaling pathway. The miR-324-3p/Smad4/Wnt signaling axis may be a potential therapeutic target to prevent GC progression.

Berkeley County EMS (BCEMS) is located in Charleston, South Carolina. BCEMS provides only 911 emergency response to the citizens and visitors of Berkeley County. Additionally, paramedics have the opportunity to be involved with a number of special teams to include tactical and special operations, BCEMS also offers a variety of opportunities for career advancement within the organization. ESSENTIAL DUTIES ...

Publication date: Available online 3 November 2017
Source:Biochimica et Biophysica Acta (BBA) - Gene Regulatory Mechanisms
Author(s): Xiaoxiao Zhang, Peng Li, Jian Lin, Haochu Huang, Bin Yin, Yan Zeng
microRNAs (miRNAs) are first transcribed as long, primary transcripts, which are then processed by multiple enzymes and proteins to generate the single-stranded, approximately 22-nucleotide (nt)-long mature miRNAs. A critical step in animal miRNA biogenesis is the cleavage of primary miRNA transcripts (pri-miRNAs) to produce precursor miRNAs (pre-miRNAs) by the enzyme Drosha. How Drosha recognizes its substrates remains incompletely understood. In this study we constructed a series of human Drosha mutants and examined their enzymatic activities and interaction with RNAs. We found that the N-terminal region is required for the nuclear localization and cellular function of Drosha. And in contrast to previous reports, we showed that the double-stranded RNA binding domain (RBD) of Drosha exhibited a weak but noticeable affinity for RNA. Compared to the RBDs of other RNA-binding proteins, the RBD of Drosha has a short insert, whose mutations reduced RNA binding and pri-miRNA cleavage. Overexpression of Drosha RBD mutants in a reporter assay corroborated their deficiencies in Drosha activity in cell cultures. In addition, we found that point mutations in the RNaseIIIb domain of Drosha implicated in Wilms tumors differentially affected cleavage of the 5′ and 3′ strands of pri-miRNAs in vitro. In conclusion, our results provided important insights into the mechanism of pri-miRNA processing by human Drosha.

In this retrospective cohort study, we used the nationwide insurance claims databases. Patients who underwent low-risk surgeries under general anesthesia between April 1, 2012, and March 31, 2016, were included. The primary outcome was the receipt of PFTs within 60 days before an index surgery. We performed descriptive analyses to estimate the rates of preoperative PFTs annually starting in 2012, and examined the associations between patient- and institutional-level factors and preoperative PFTs using multilevel logistic regression analyses.

Ellen Giles described the inability to use the telephone as "one of the most serious and restrictive consequences of hearing loss" (2005, p. 219). This restriction is more keenly felt now, with the world population at 7 billion, there are more than 6 billion cell phone subscriptions (International Telecommunication Union, 2012).

Download the CE Questions PDF from the toolbar, above. Use the questions to guide your Perspectives reading. When you're ready, purchase the activity from the ASHA Store and follow the instructions to take the exam in ASHA's Learning Center. Available until November 13, 2018.

CO2R in CRF patients was not significantly different from that in controls. However, in CRF patients with high BUN concentrations, CO2R might be impaired, leading to reduced cerebrovascular reserve capacity. Because DM is a major cause of CRF and we excluded DM patients, our results might not be applicable to patients with DM-induced CRF.

The original article has been corrected.